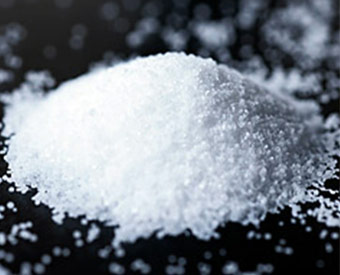 What is salt and how does it effect food and my diet.
Edible salt, also called table salt or just salt, is a mineral, one of a
very few rocks commonly eaten by humans. There are different
forms of edible salt: unrefined salt, refined salt, table salt or
iodized salt. It is a crystalline solid, white, pale pink or lightly
grey in color, obtained from sea water or from rock deposits. Sea
salt comes in fine or larger crystals. In nature, it includes not
only sodium chloride, but also other vital trace minerals.
Salt is necessary for the survival of all living creatures, including
humans. Salt is involved in regulating the water content (fluid
balance) of the body. Salt flavor is one of the basic tastes. Salt
cravings may be caused by trace minerals deficiencies as well as
by a deficiency of sodium chloride itself. Salt is required for life,
but overconsumption can increase the risk of health problems,
including high blood pressure, in those individuals who are
genetically predisposed to hypertension. In food preparation, salt
is used as a preservative and as a seasoning.
www.en.wikipedia.org