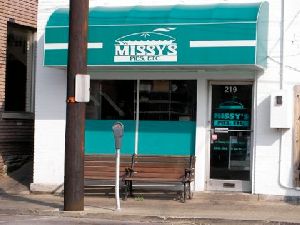 As the name says, they are a pie shop, only a pie shop. Their humble little shop (maybe 600 sq ft) puts out hundreds of pies daily. Made-from-scratch pies that are very popular in Lexington, KY. They offer dozens of varieties to meet the needs of their many customers.

We tried a slice of their Caramel apple pie and a blond almond pie. All we could say was WOW, great pie.

They are famous for their special five peak star design on their meringue pies. I have to include the story of their beginning, it will give you a chuckle!

Shortly after opening Ramsey’s on High Street in 1989, Rob Ramsey was faced with the fortunate problem of being so busy that the ovens in his tiny kitchen were running 24 hours a day cooking meatloaf, pot roast and other menu items, allowing no time to cook the two pies (Chocolate Brownie and Peanut Butter) on the menu.

A small space became available next door to the restaurant and Ramsey set out to help his lead prep cook, Missy, start a new business, selling pies to Ramsey’s Diner and a local grocery chain.

The next day, Ramsey came to work to find a note from Missy saying that she had a change of heart and had decided to move to Connecticut to marry Brad after all!!

Ramsey was now in the pie business, and never heard from Missy again. 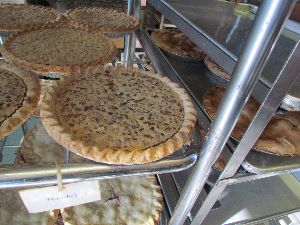 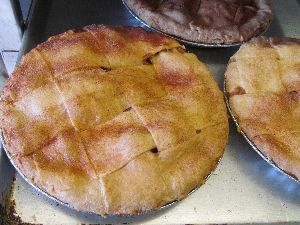 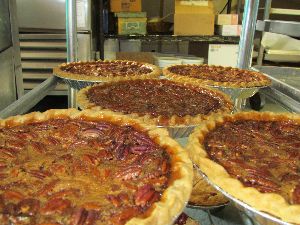 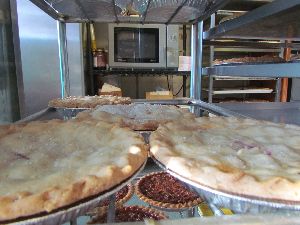 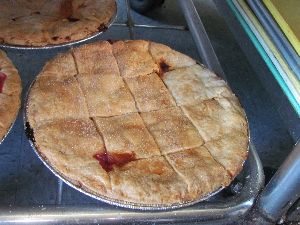 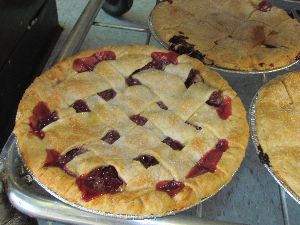 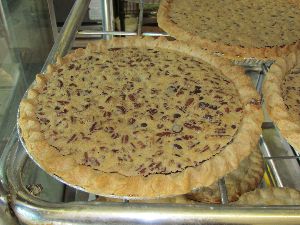 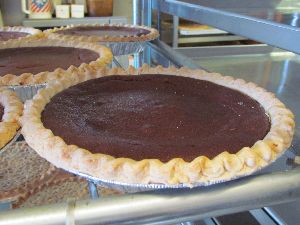 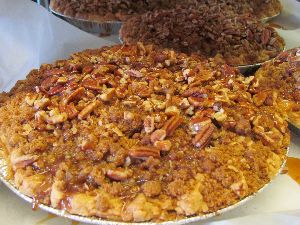 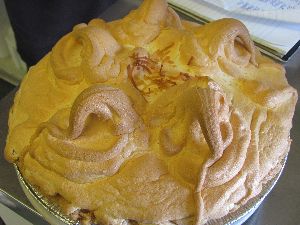 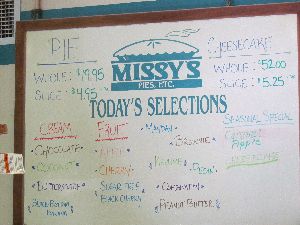